or at a local health food store. 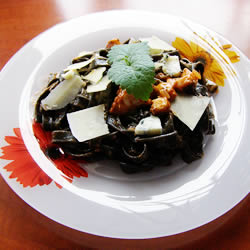 Email ThisBlogThis!Share to TwitterShare to FacebookShare to Pinterest
Labels: recipe

I just wanted to take a second to post a warning about scams that are happening with Ebay.

Nancy and I have gone up until now without breaking down and purchasing a satellite receiver for our rig despite the fact that it came with an auto tracking dish on top. Up until now we have had no need for any TV beyond what we could get either through the campground cable/sat or for free over the airwaves. Currently however, we are staying in a park with no cable and we can only receive one channel over the air that is in English. Normally, this would be no big deal but we will most likely be here for a little while as we take care of a few things in the area. Since we will be here for a while we decided that we may want some additional entertainment options, so we decided to break down and purchase a satellite receiver.

We researched the options and decided on buying an "owned" Direct TV receiver so that we could utilize a month to month option through Direct TV. Most receivers are "leased" and require a long term contract for service of 24 months or more. If, however, you own your receiver you can call Direct TV and have your card turned on and off month to month. Since we haven't found much need for TV during this adventure until now, a month to month option made the most sense to us.

This is where the Ebay consumer alert part comes in...

Since we needed an "owned" receiver to get the month to month plan we started searching for them on craigslist and Ebay etc. Nancy found a Direct TV receiver, advertised as an "owned" unit, on Ebay for a reasonable price so she put in a bid. Shortly thereafter she "won" the auction and contacted Direct TV to give them the serial number so that we could attain an access card that we could install and activate our month to month service. Upon speaking with Direct TV she found that the equipment she "won" on Ebay, advertised as "owned" equipment was in-fact "leased" equipment and could not legally be sold or consequently purchased by us.

After a few emails back and forth with the seller, it was obvious they would not listen to reason, and continued to insist that we pay for what essentially would amount to "stolen goods", so we contacted Ebay to ask for their assistance.

After multiple calls to Ebay, their response was essentially "tough luck" and told us that we had to pay for and receive the item before we could even lodge a complaint. Of course this would be their stance! If they did the right thing and looked into the situation and found it to be what we claim prior to the sale they would not make any money off the transaction! So they advised us to go ahead and pay for what we know to be stolen property, receive it, then go through the complaint process with Ebay in the hopes that, at that point, after receiving our money for the stolen property, the seller will refund us his ill-gotten gains out of the goodness of his heart!

It's so sad that ridiculous policies like this are tolerated at billion dollar corporations. To force a consumer to go through with an illegal transaction, rather than to simply cancel or pull the auction, simply so that they can ensure their transaction fee prior to the complaint being "resolved" (not that it ever would be since there is no way the seller would ever refund the money).

This doesn't sound too me like the actions of a company any consumer should want to do business with...

We have also filed a complaint with Direct TV about someone selling their "leased" equpiment on Ebay as "owned" equipment but have yet to hear any results of that complaint.

You all be good! 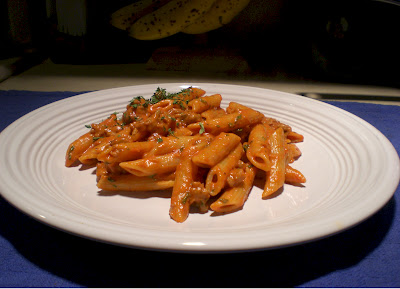 Email ThisBlogThis!Share to TwitterShare to FacebookShare to Pinterest
Labels: recipe

Day Trip Through Snowy Sedona to the Grand Canyon

Yesterday, Nancy and I decided to take advantage of the recent snow to see the Grand Canyon in a way most folks don't, with a white blanket. We drove out of Cottonwood via 89a through Sedona and Oak Creek Canyon. The snow gave the ride a winter wonderland feel that seemed out of place in Arizona in April. It was a rare opportunity, and I am glad we were able to take advantage of it.

These first few shots are of the snow-covered, Red Rocks of Sedona in the distance. 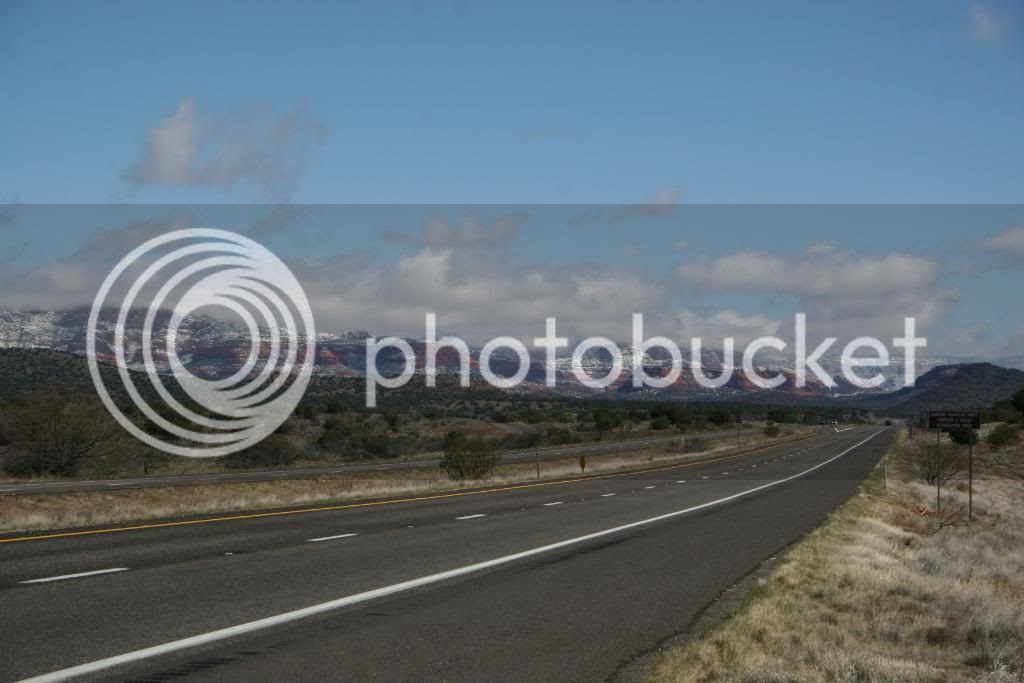 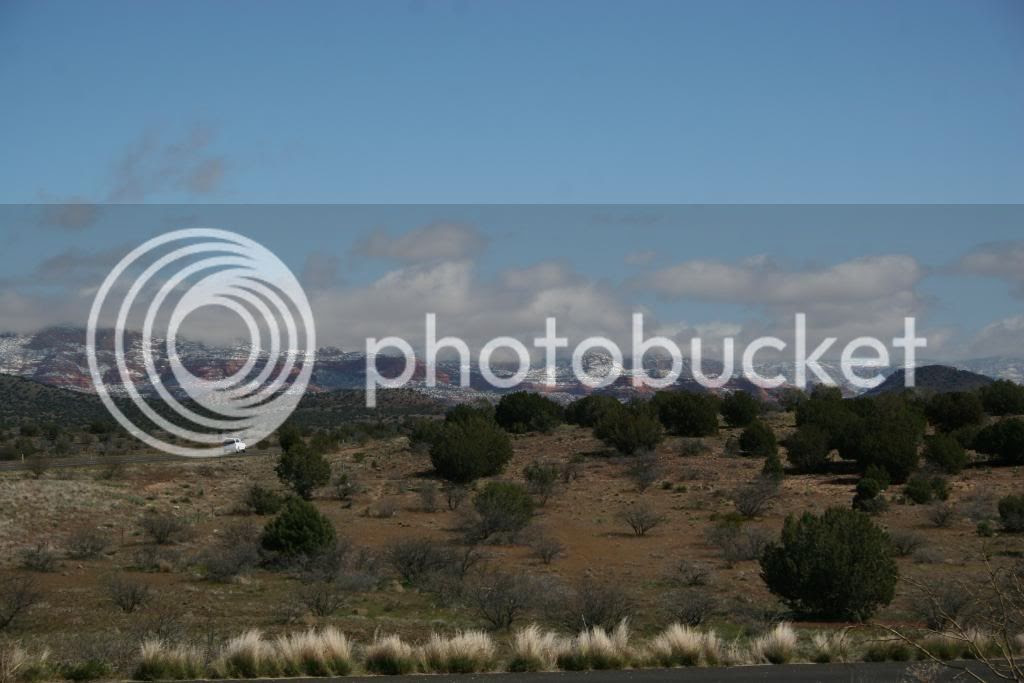 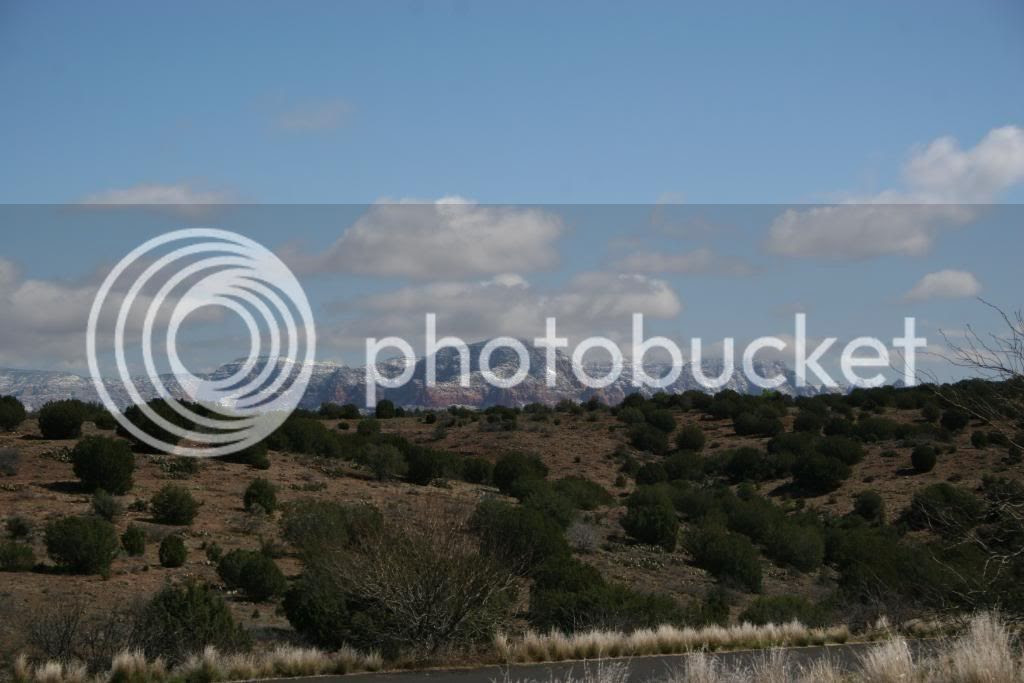 And the rest of the shots are at the Grand Canyon. 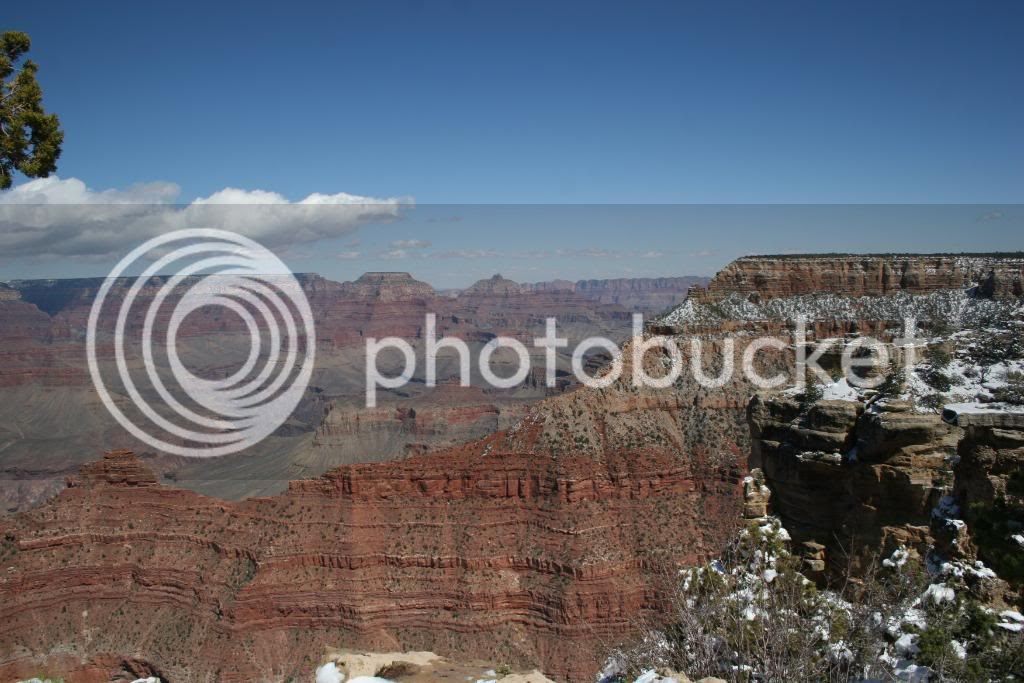 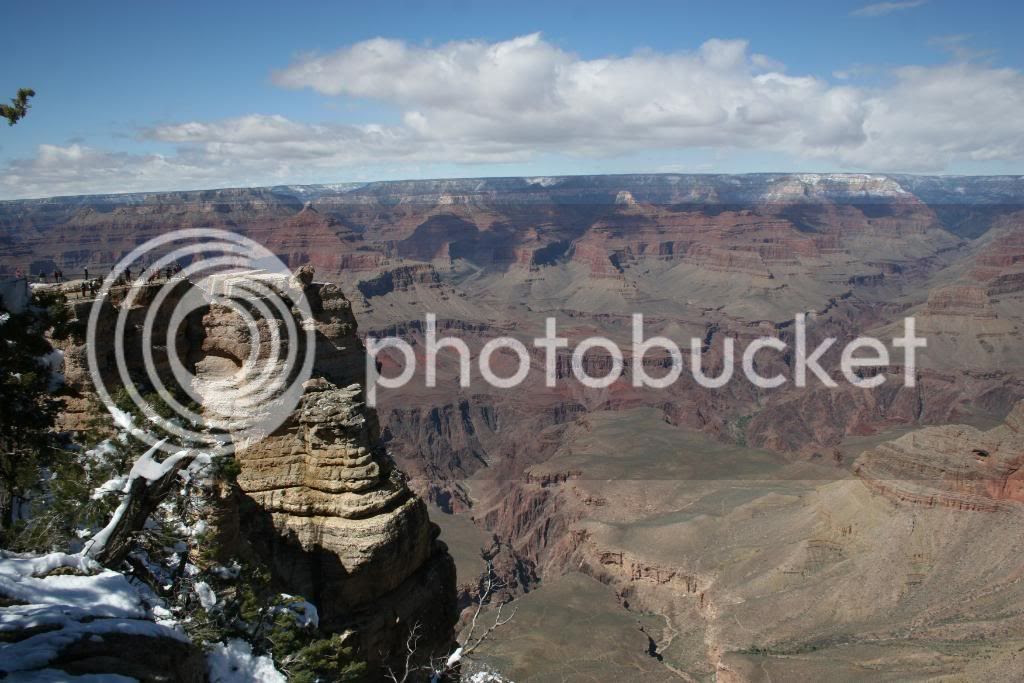 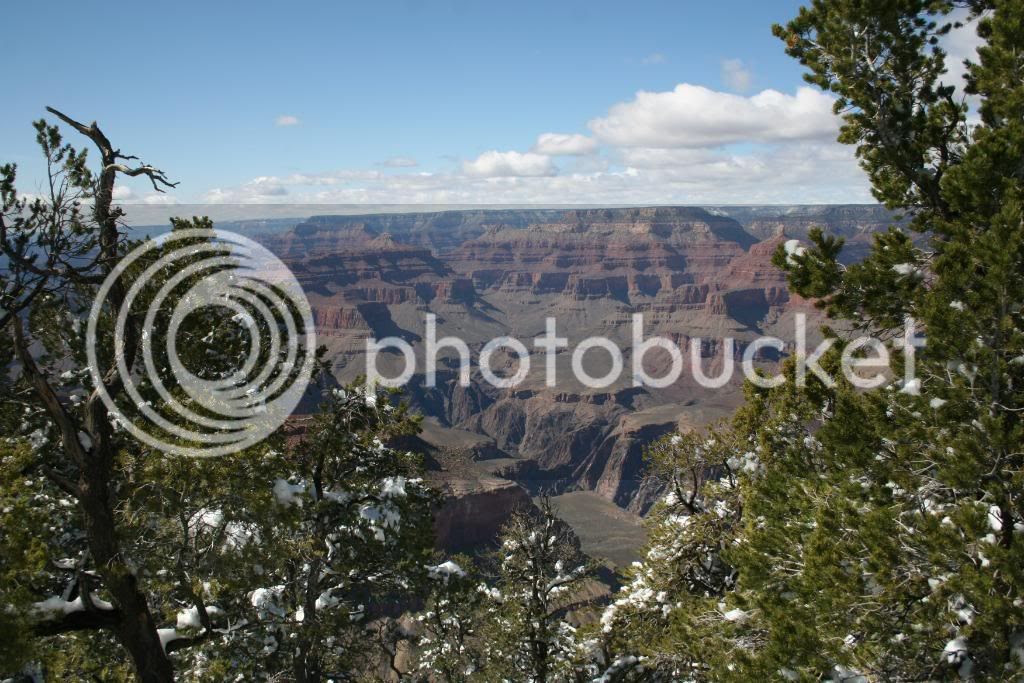 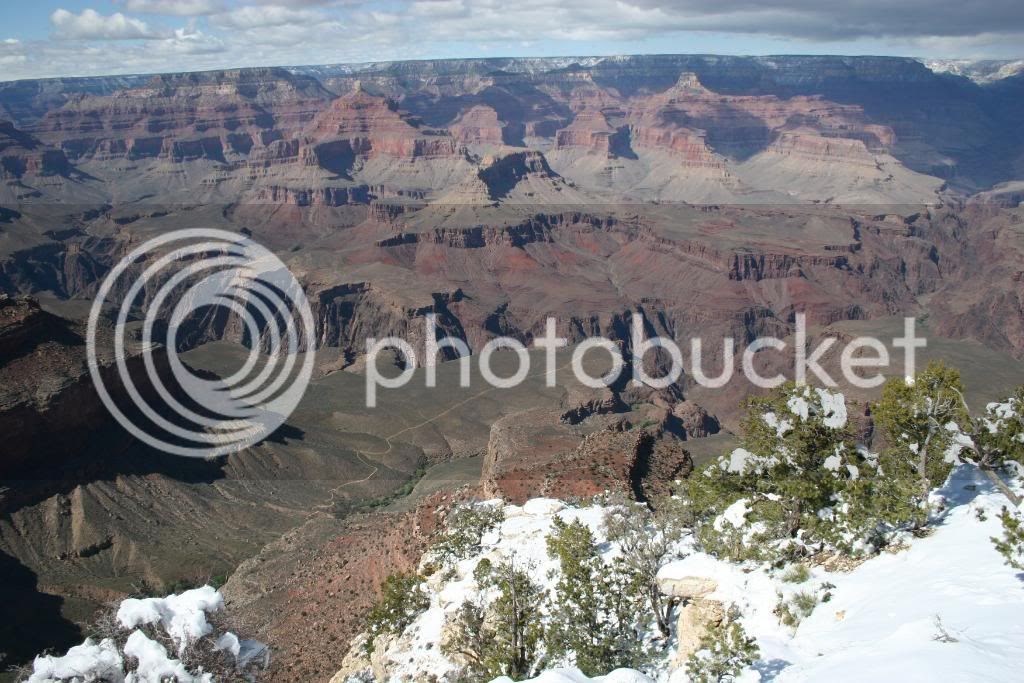 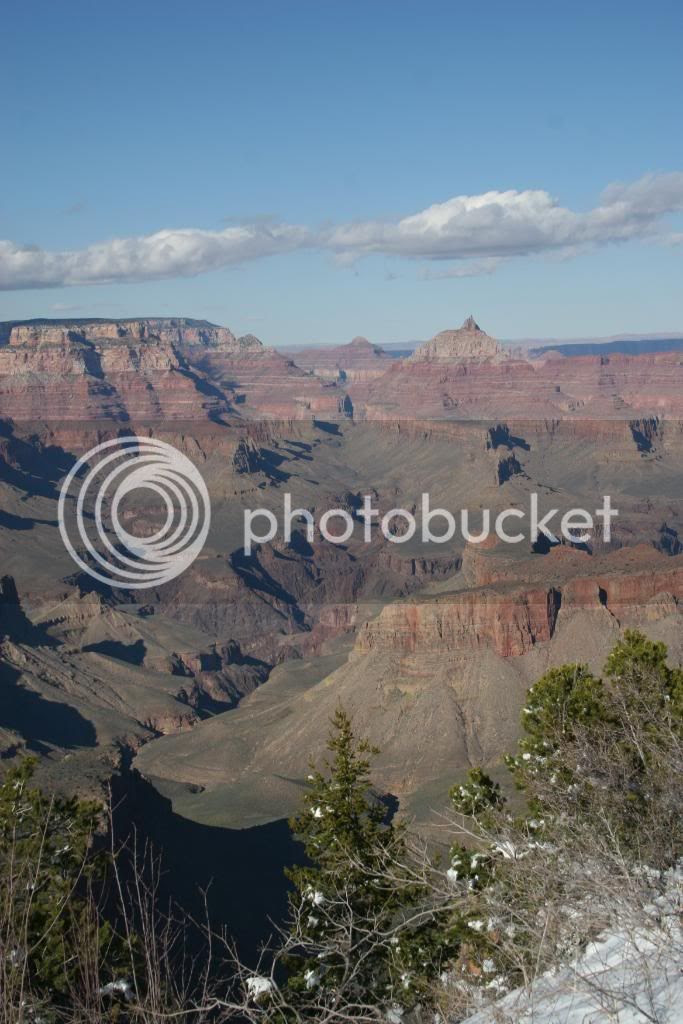 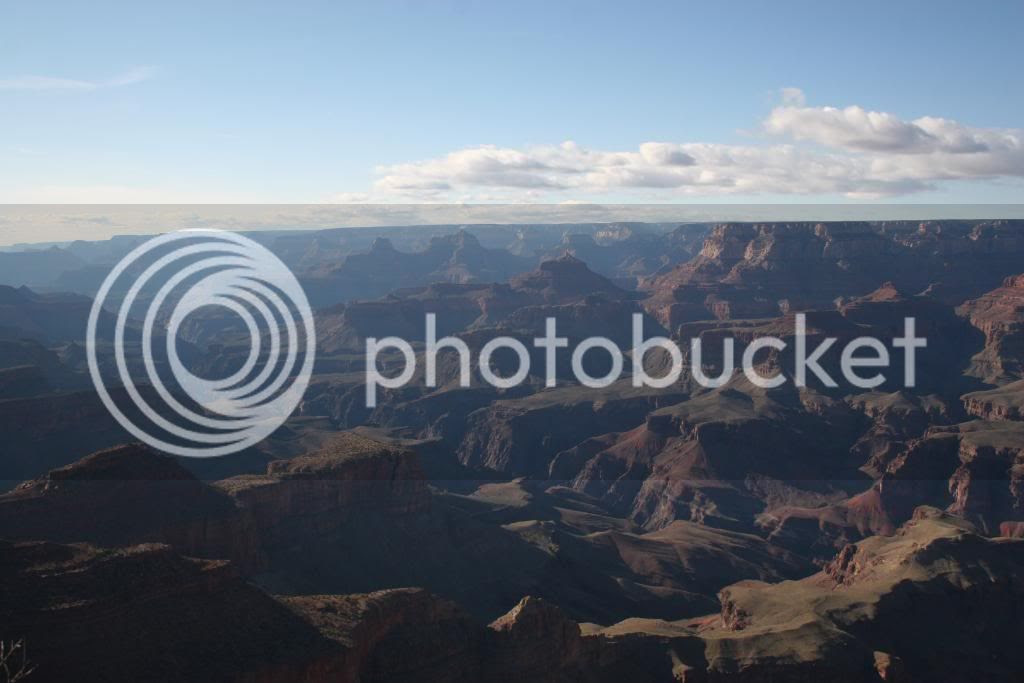 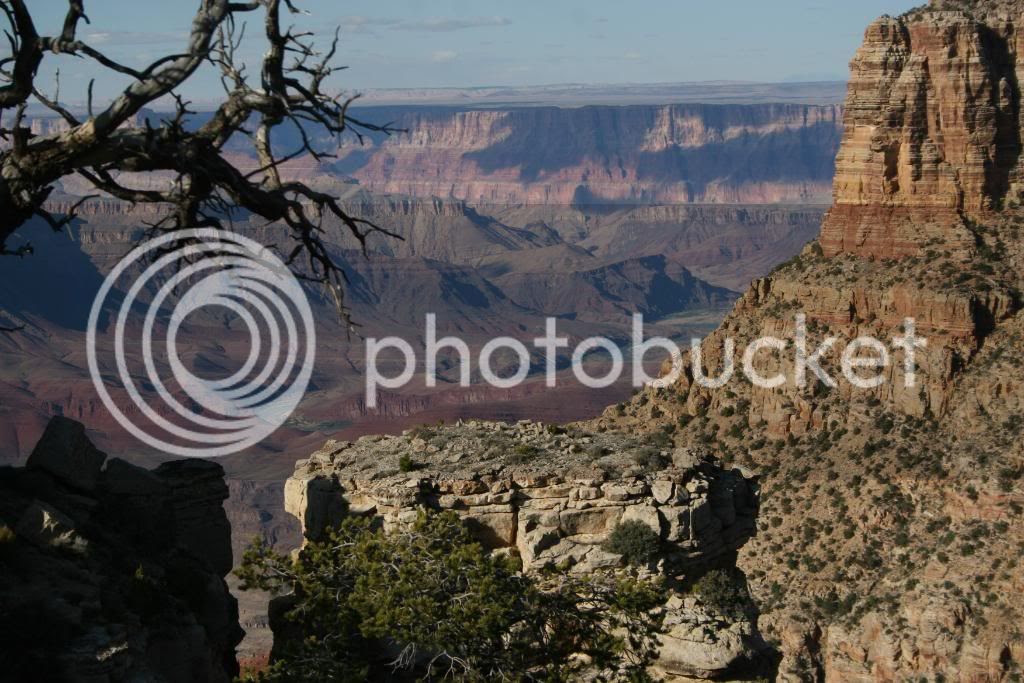 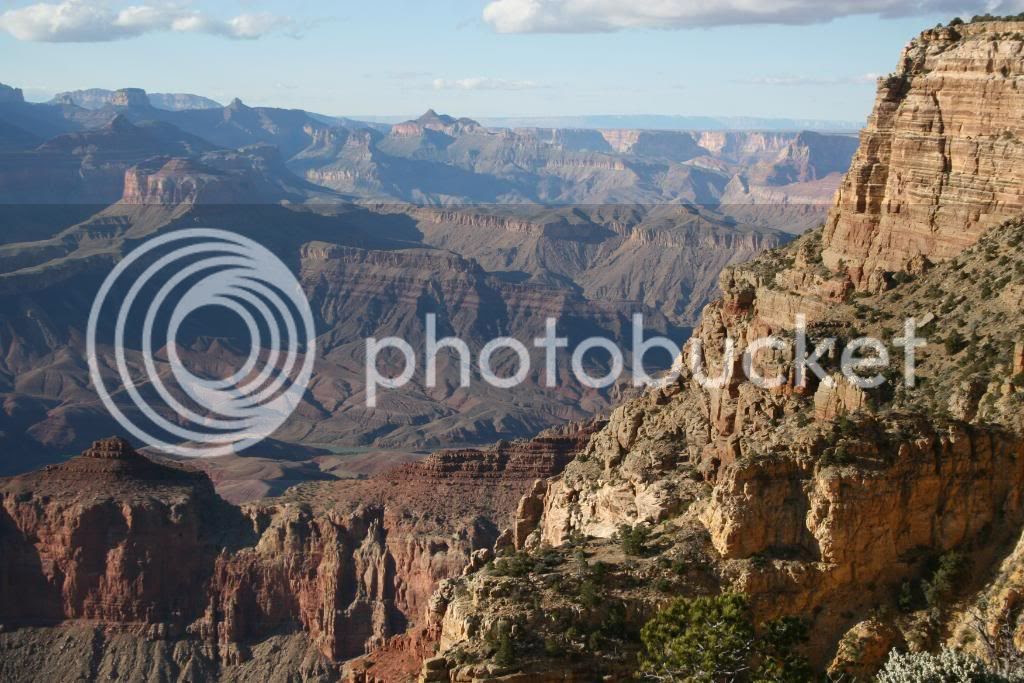 I hope you all enjoyed the pic's!

Sunrise- The Day After

While some areas in the mid-west experienced near record heat yesterday, we here in Arizona experienced a nasty, early spring, winter storm. Snowfall came to altitudes as low as 2500 ft. Areas in Flagstaff and the Grand Canyon received as much as 2 feet!

Here at Dead Horse Ranch in Cottonwood, we received snow, sleet, rain and freezing temps but it only stuck in the surrounding mountains. A few days ago temps were record highs at or over 100 degrees. This morning, when these pictures were taken, temps were in the low 20's.

Our plan was to have been boondocking in Kaibab this past weekend while enjoying the Grand Canyon. We are both really glad we paid attention to the weather and decided to remain here at Dead Horse Ranch for this storm. The question now becomes, how long will it take for the recent snow to clear enough for us to continue our trek to the canyon?

Yesterday Nancy and I decided to re-visit Sedona since it was during the week and the crowds should have subsided from this past weekend. Well, the crowds had subsided, that's not to say that there were no crowds, but we were able to find parking at the places we wanted to see. The first thing we wanted to see was Bell Rock. 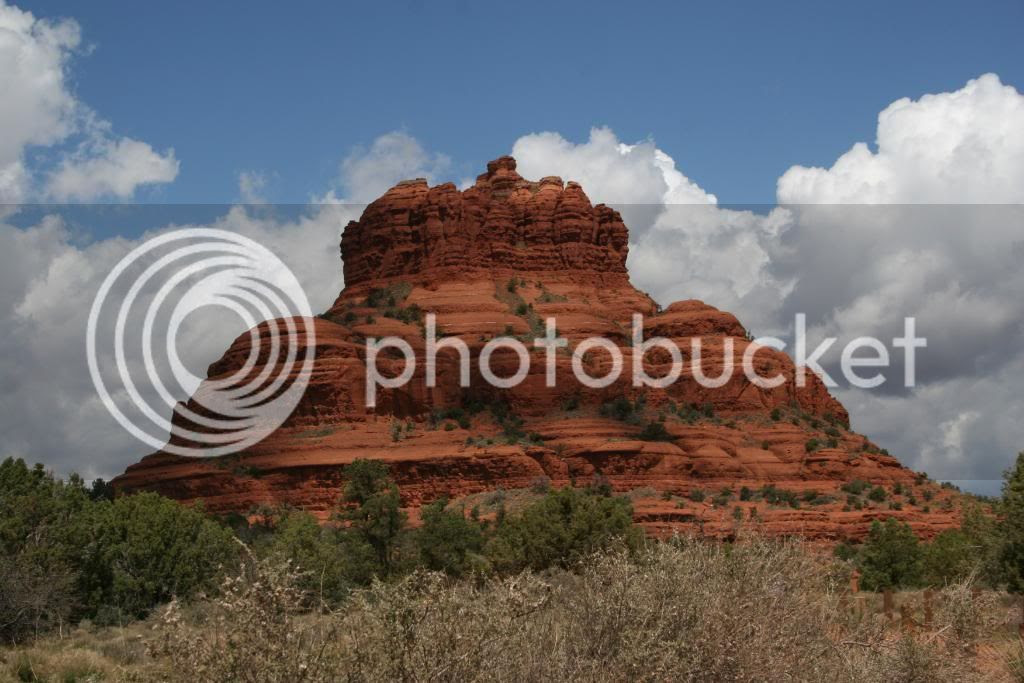 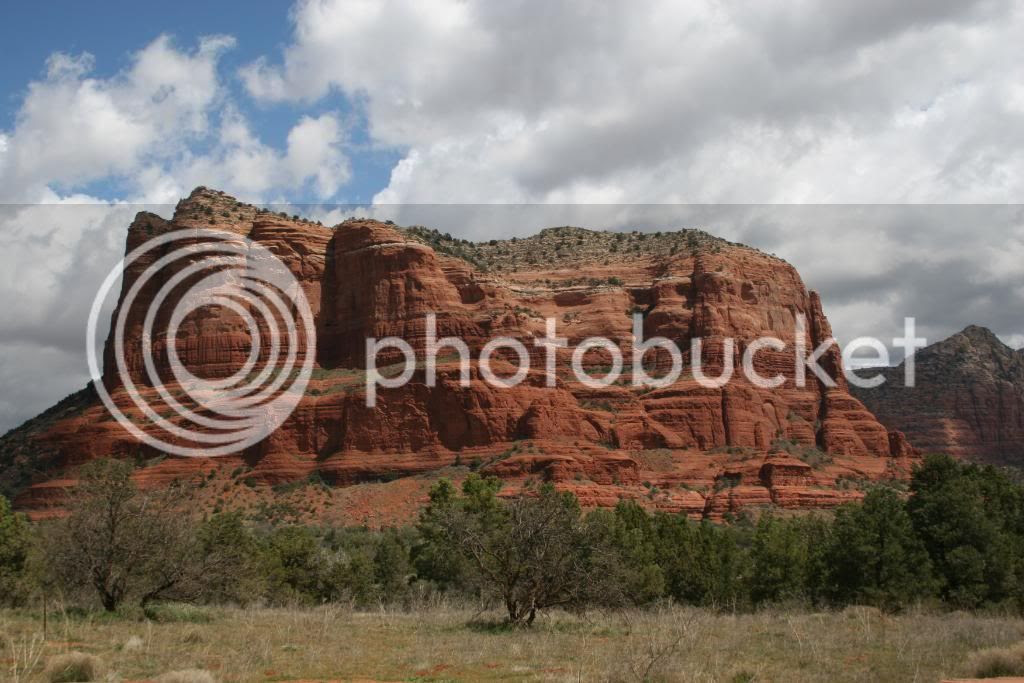 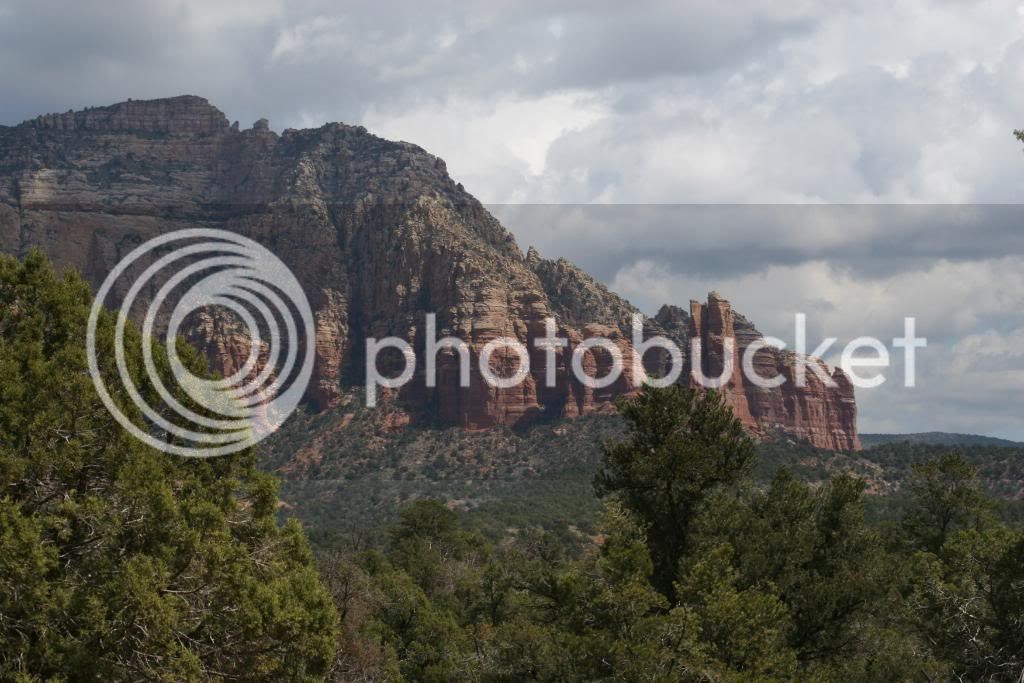 Bell Rock is on Hwy 179, just north of the village of Oak Creek and 5 miles south of the junction of 89a and 179 in Sedona. It is said that the vortex that exists at Bell Rock is one of the most powerful in Sedona. The vortex here is said to strengthen all three zones found within each of us, the masculine side, the feminine side and the balance. Nancy and I aren't sure that we felt any effects of a vortex, but the beauty of the surroundings did have a positive effect on our moods. Taking a relaxing walk in beautiful surroundings is almost always likely to be a mood enhancer and maybe that is the only effect one needs from these areas. 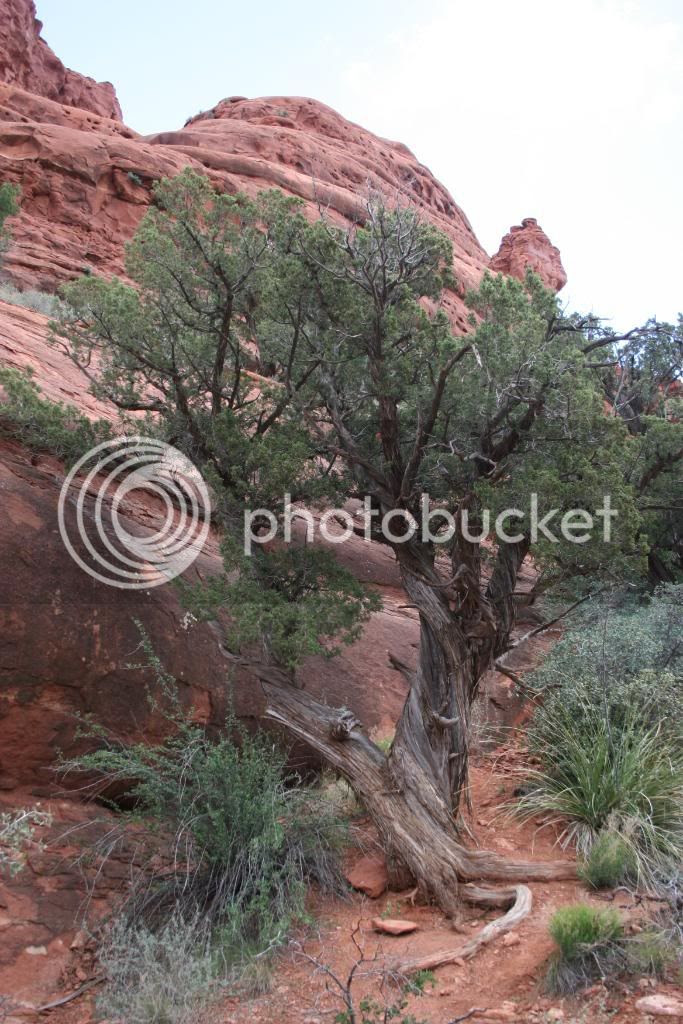 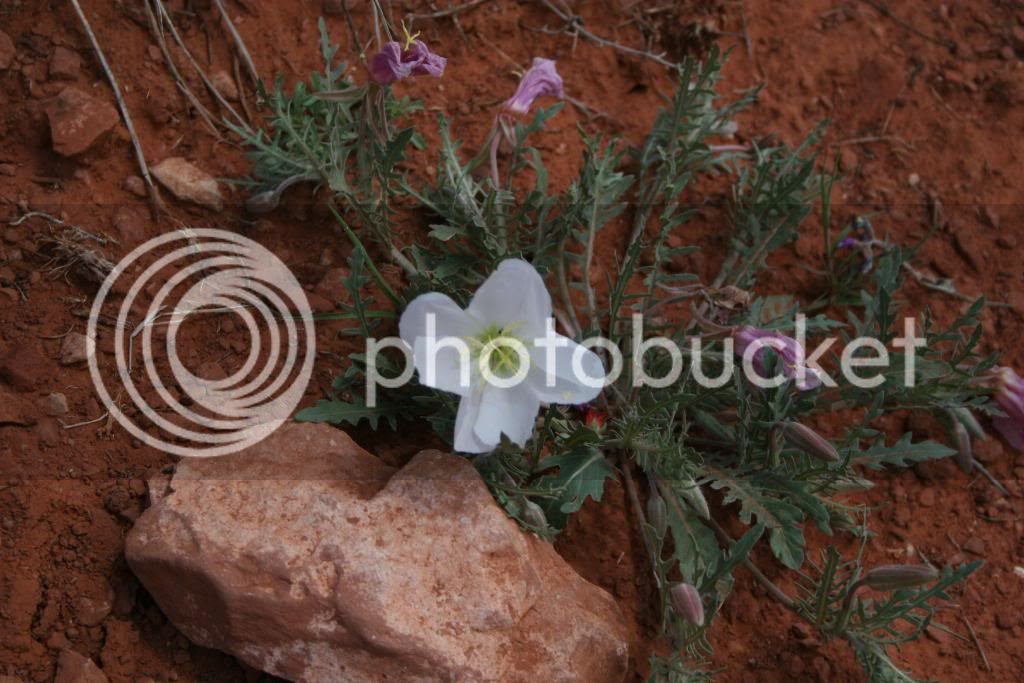 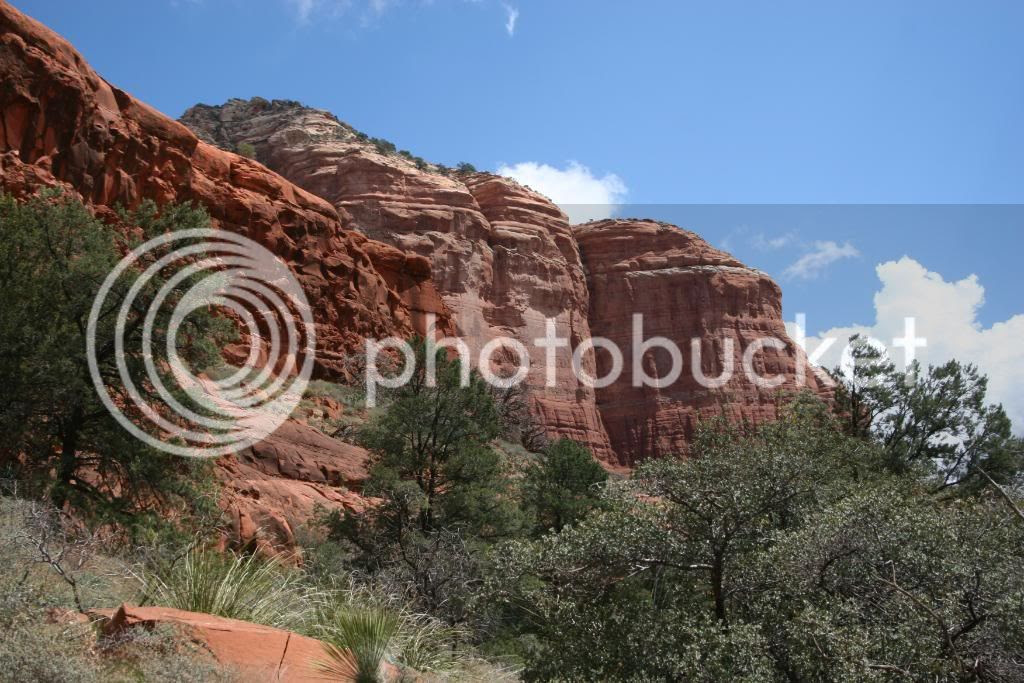 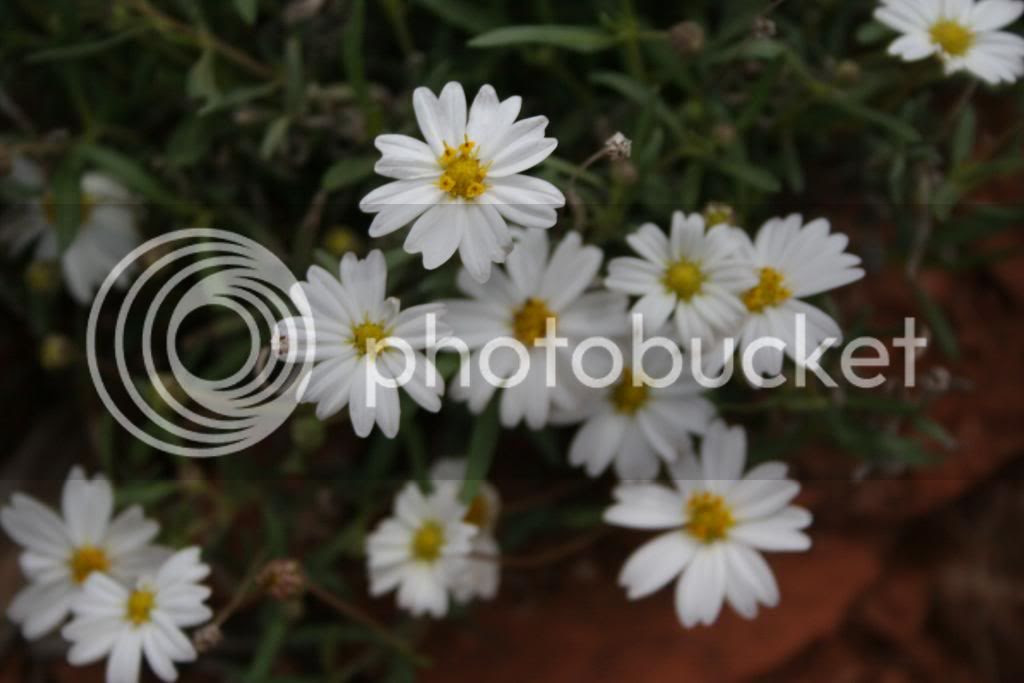 Next we decided to head back into town and wander around the shops found there. For the most part we were able to avoid the lure of the many T-shirts, magnets and other knick-knacks, but Nancy did bite at the balsamic vinegar store. We enjoy having balsamic vinegar with many meals from spaghetti sauces to cold cut sandwiches and of course salads. She found a lovely black walnut balsamic as well as an 18 year old traditional balsamic that should keep us in sweet tangy vinegar heaven for a while.

As always, Luke and Leia were quite a hit with the folks wandering the shopping area. Nancy and I fielded the usual round of questions while the dogs soaked up the attention. Unlike some other areas we have visited where pet friendly shops would put out bowls of water and such for their four legged visitors, Sedona appears to have less affinity for the furry kind of kids. Luke and Leia didn't seem to mind, they enjoyed the walk and the attention none the less.

Our last stop on this day would be the Airport Mesa. The vortex found in this area is said to strengthen the masculine side. Again, neither Nancy nor I felt anything we could attribute to a vortex as such, but once again the beauty and tranquility of the surroundings had a positive effect on our spirits vortex or no. 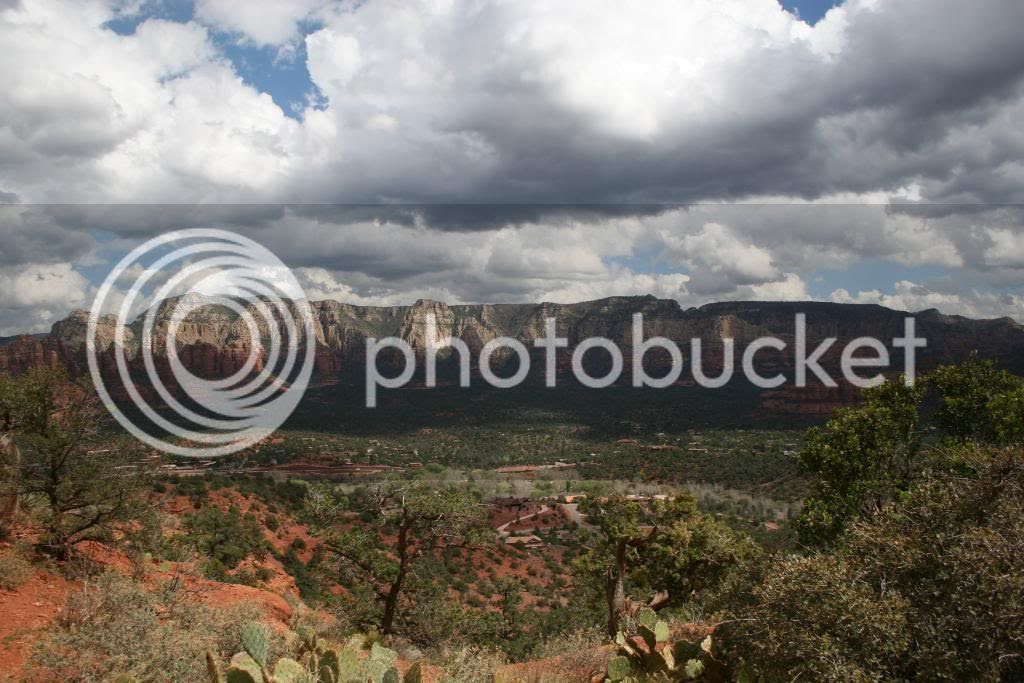 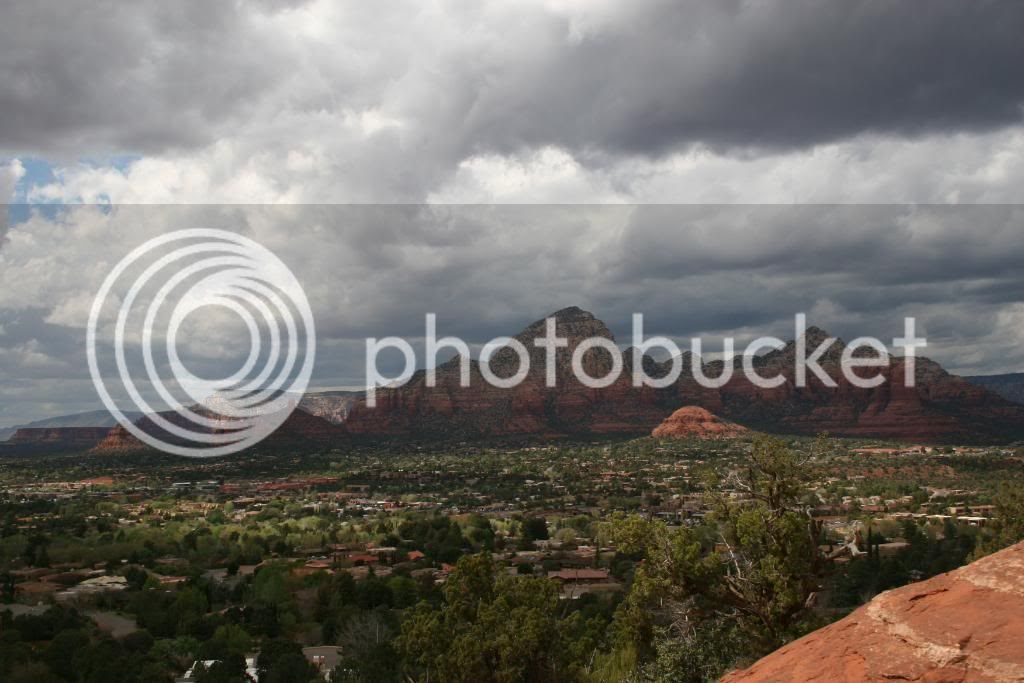 For those interested in learning more about the vortexes and the three "zones" that can be effected by them visit these links.

Hi!  This is Nancy hijacking the blog today.

Noah was my chauffeur today - he took me to see the meteor crater near Winslow AZ.  He has already seen it twice - so he drove me almost 2 hours each way so that I could see it for myself.

What a treat!  I was a little saddened to hear some people leaving saying things like "It's not worth going in - it's just a big hole in the ground".  I've been wanting to see this crater since I was in grade school when I first heard about it.  But I didn't let their negativity bother me - I paid my $15 entry fee and went in.

There is a museum that explains the history behind the crater as well as a movie theater that shows a movie about it.  They also have guided rim tours (no additional charge).

The crater is 2.4 miles in circumference and 550 feet deep. They think the meteor that formed it was about 150 feet in diameter.  They have the largest chunk found (less than 2 feet wide) at the entrance to the museum.

I wanted to just stand there all day and take it all in.  It was just immense!  Pictures do not do it justice.  You'll have to pardon my poor photography skills - I took the SLR camera (which I have absolutely no experience with) and tried my best to get some photos. 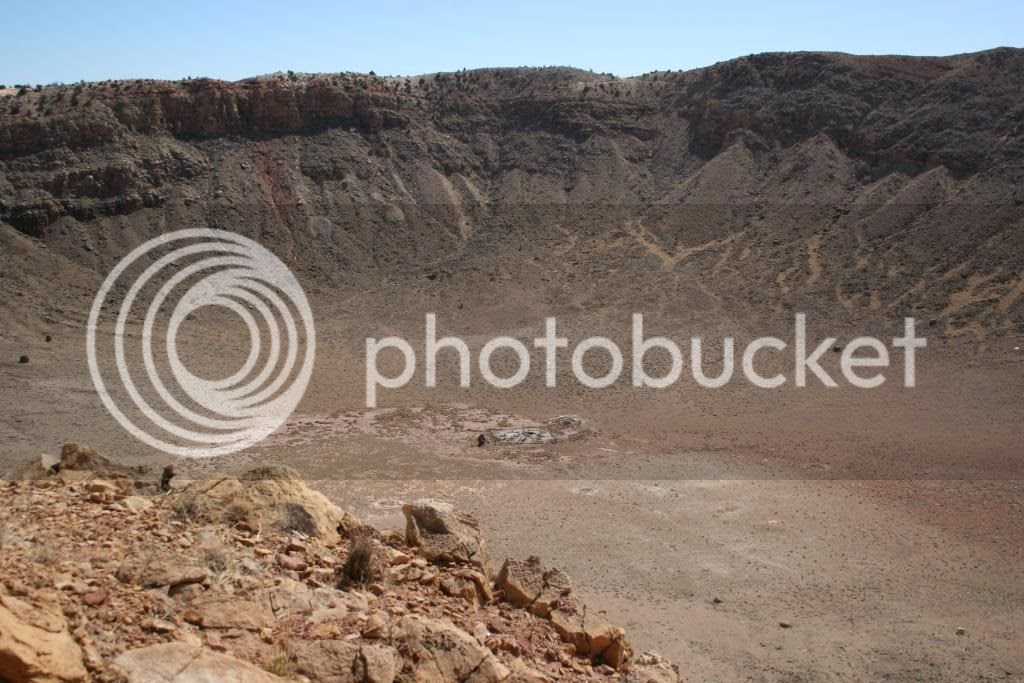 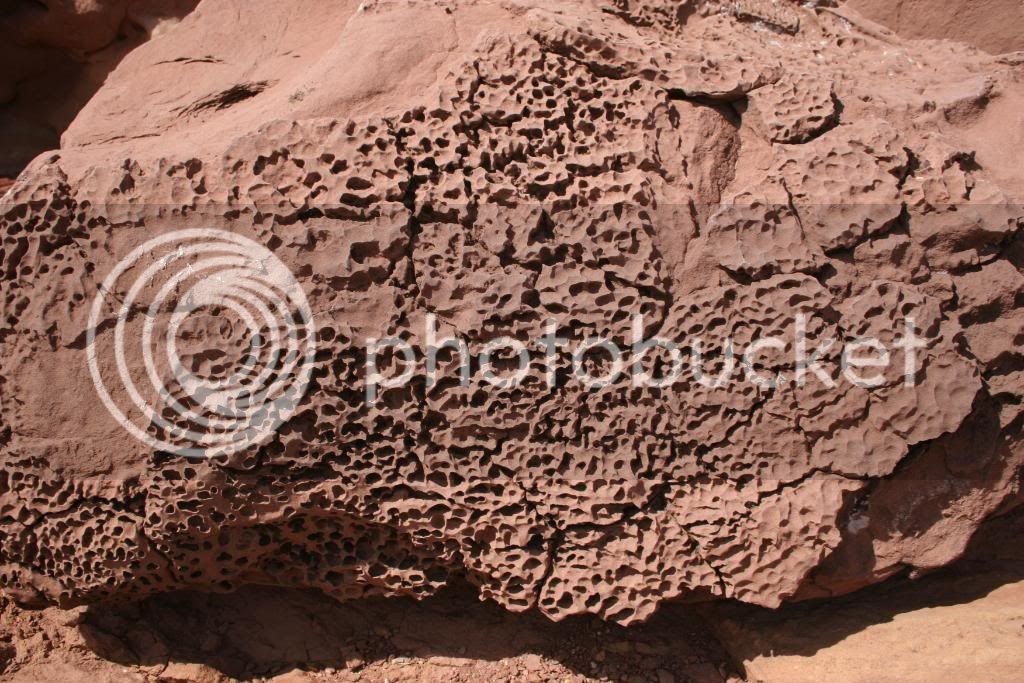 To give you an idea just how big this crater is...see the white section near the bottom? 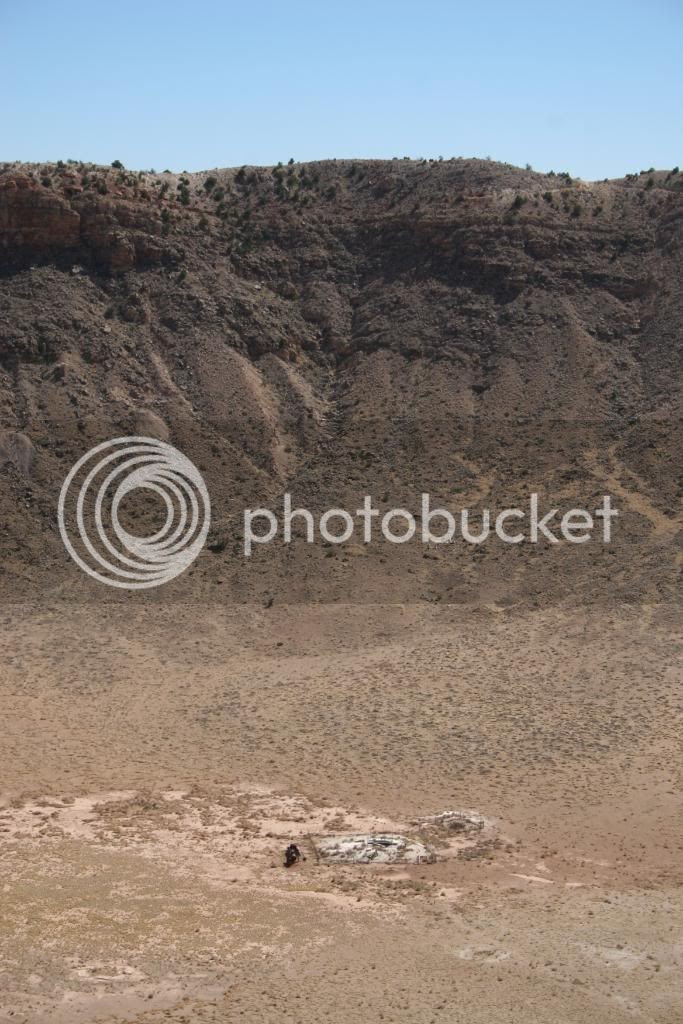 If you look at the white section that is fenced off (the mining area) and look really closely - you'll barely see a life size astronaut figure standing next to an american flag in the lower right corner.  This will give you an idea on just how massive this crater is.
Here's the view of the parking lot (RV parking is the section that is empty - so plenty of room to hold 15-20 RV's) and Flagstaff off in the distance (just below the snow capped mountain)

Noah
Just a another guy with an opinion.